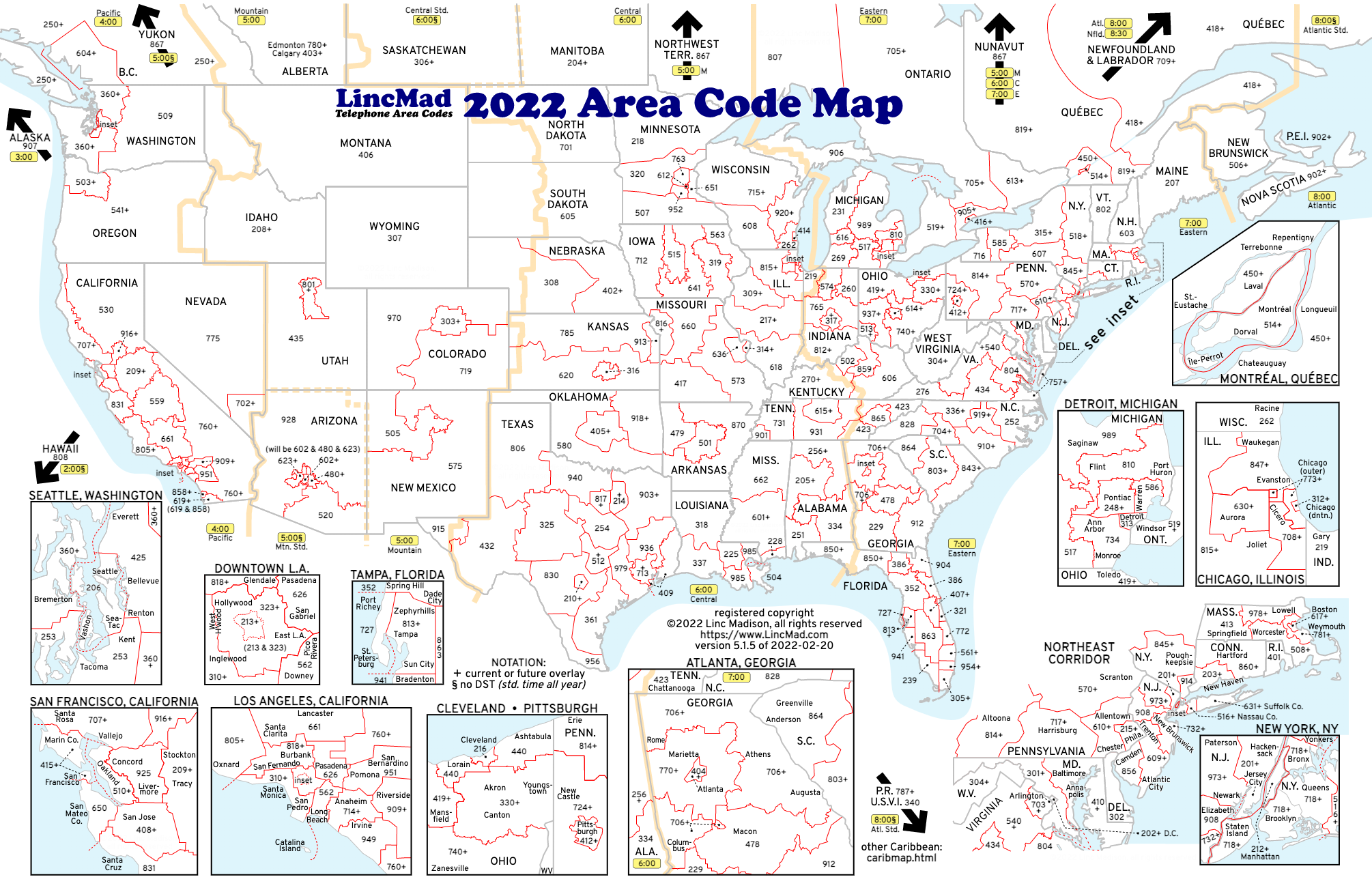 The map now shows time zones! From the second Sunday in March until the first Sunday in November each year — for example, from ‎2022-03-13‎ to ‎2022-11-06‎, and from ‎2023-03-12‎ to ‎2023-11-05‎ — most areas observe Daylight Saving Time, moving clocks forward one hour. The clock for each time zone indicates Standard Time first and then Daylight Saving Time. However, some areas do not observe DST: Hawaii, Arizona (except the Navajo Nation), Yukon, part of British Columbia, most of Saskatchewan, small parts of Ontario and Québec, Puerto Rico, the U.S. Virgin Islands, Guam, and the CNMI. These areas observe Standard Time year-round, and so are displayed with only one time on the clock. (Note that the entire state of Indiana now does observe DST.) Note also that the Aleutian Islands in extreme southwestern Alaska are in the Hawaii-Aleutian Time Zone (2:00•3:00), and a small portion of Nunavut in northern Canada is in Eastern Standard Time year-round (7:00). To convert to international notation, subtract 12 hours from the time indicated on the map; for example, Pacific Time is shown as 4:00•5:00, corresponding to UTC–08:00 in winter and UTC–07:00 in summer.

The “Locator” page (en français, en español) lists the principal time zone and major cities for each area code, and is also the quickest way to answer the question “Where is area code ###?”

Due to the increasing use of overlays, the map now shows only the first area code in an overlay area, with a plus sign to indicate a current or planned overlay. The only concentrated overlays, in Florida, Oregon and British Columbia, have been “unconcentrated,” expanding to cover the entirety of the original area codes. Area code 870 in Arkansas was planned for an overlay with 327, but the overlay has been postponed until 2024-06-04 . Several other areas that approved overlays about a decade ago but then postponed them due to number conservation efforts or other factors, have finally brought those overlays into effect. In the table below, “Dom. Rep.” is the Dominican Republic (la República Dominicana) . The states are slightly out of alphabetical order to avoid breaking a state across two columns. (For more detailed information about current and future overlays, see the overlays.html page. For other area code information, check the main page.)

This map shows all telephone area codes in use as of ‎2022-02-19‎ in the United States and Canada. Check the separate page for information about the 19-way split in the Caribbean area. There is also a Caribbean map, which also now shows time zones. For information on the effective dates of new area codes, see the table on the separate page. All boundaries shown are approximate.